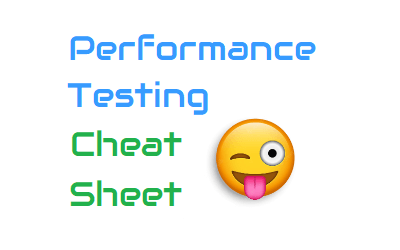 This Performance Testing Cheat Sheet will help you to quickly revise all the critical performance testing terms in a simple way: