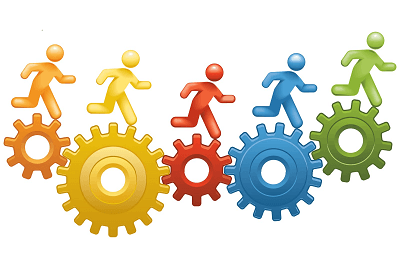 Think Time and Pacing has significant importance in Performance Testing. They are very basic terms which are specially used while designing the workload in the workload modelling phase of PTLC (Performance Test Life Cycle). They are used to control the transaction rate during a load test but has significant differences. A new performance tester is always confused between think time and pacing. Below are simple one-liner definitions of both the term which makes them understand Think Time and Pacing.

Pacing: The Time between two iterations

Think time commands the virtual user (user thread) to pause the business flow in between for the given period of time. To make it more simple; when a virtual user completes one transaction then it waits for some time before starting the next business transaction. This takes into the account the time a real user might wait (think) while taking another action on the web page. On the other hand, pacing instructs the virtual user to wait for the given period of time before starting the next business flow cycle (iteration). Many performance testers ignore this testing functionality and allow the virtual user sessions to be spaced after one another almost instantaneously. This is not the best approach to follow since there is always some time gap between two sessions by the same user in the production environment.

Think time is used to create a real-world scenario. As explained above it allows the virtual user (user thread) to pause in the business flow while moving from one business transaction to another. A user will never log in, search, place order, payment and log out within a few seconds. He requires some time to think and do the next action. An average think time could be 5-10 seconds for a normal user. Hence always add think time in the load test to simulate the real-world scenario.

Pacing is used to regulate the rate of requests hitting to the server. Using Pacing, you can accurately achieve the desired load as per NFR instead of just mindlessly hammering the server. Correct pacing gives the exact load handling capacity of a server in terms of TPS.

As per the first definition:

As per the second definition:

Let’s consider the below non-functional requirements:

After creating the script add think time in between the transactions. Since there are 5 transactions so 4 think time functions (elements) need to be added. The think time value is decided as 5 seconds. Hence the virtual user will pause its flow for 5 seconds before starting the next transaction.

Now, we have the following metrics:

Hence the delay between two iteration will be 15 seconds.

Another important point is Pacing is of two types.

The easiest way to calculate Think time and Pacing