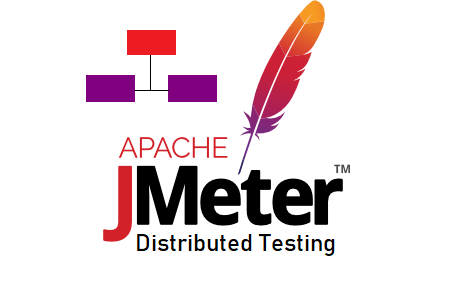 JMeter is an open-source performance testing tool. The popularity of JMeter is more than any other freeware performance testing tool. This is a lucrative PT tool because it has all the basic features like ease of installation, scripting, execution, reporting and support to all the basic protocols. Another good feature of JMeter is that you can customize the features easily to enhance its existing functionalities. That is why many third-party plugins are available on the internet which fulfils the tester’s requirement.

Apart from scripting component enhancement, when licensing and its pricing comes into the picture where a client needs to pay a big amount to borrow the paid licenses or cloud infrastructure to continue the execution of performance test; JMeter provides a free solution. Of course, the client has to invest some bucks on the physical/virtual machines. However which is less than the cost of purchased licenses. These physical/virtual machines are also known as Load Generator.

What is Distributed Testing in JMeter?

Distributed Testing in JMeter helps to scale-up the capacity of JMeter to generate the desired number of thread (users) to perform the Load Test. The distributed testing follows the master-slave architecture where JMeter resides on all the machines and interact via Java RMI (Remote Machine Invocation).

In the distributed architecture, all the machines (master and slaves) are in the same (local) network. Among them, one machine is treated as a master which controls the other slave machines during test execution. The slave machines follow the instruction initiated by the master machine and then hit AUT (application under test) i.e. send the request to the target server.

A typical architecture of distributed testing is:

How to set-up a distributed testing environment for JMeter?

Following points will help to set-up a distributed environment for JMeter:

Once this is done then the distributed environment is ready for test execution.

What are the steps to follow before starting the test in a distributed environment?

Once the script is completed and runnable at the local machine then there are some configuration settings which need to be done in JMeter installed at Master and Slave machine which are as follow:

Slave Machine JMeter Configuration: There is no such configuration to the set-up file of slave machines. But if the script has any external CSV test data file, text file, custom log file etc. then these files need to be placed at the correct, exact and same location in all the slave machines. The absolute or relative path of the file along with file name must be same for all the slave machines. It is advisable to place the test data file in bin folder of JMeter, so that only name of file can be provided instead of full path. This will reduce the probability of failing the test due to ‘file not found’ issue when the file path is wrong.

Another pre-requisite is to start the jmeter-server service on all the slave machines. This service can be started by executing the below command

The jmeter-server file is available in <JMETER_HOME>/bin folder. Once you hit the command then the below message must appear.

You may get some challenges (or error) while starting jmeter-server service. The solutions for those common issues are provided in the challenge section.

How to execute a test on a distributed testing environment in JMeter?

Before starting the test in a distributed environment, the number of threads calculation is required. Let’s say the target user load is 1000 and there are 5 slaves then ‘Number of Threads (users)’ field will have the input as 200 (=1000/5). This is because the master machine sends a copy of the JMeter script to each slave machine and according to the script input each slave generates the load and executes the test. Likewise, the accumulative generated load is equal to the target load. Master machine JMeter does not have the capability to divide the number of threads according to the available slaves. Hence a manual intervention is required for the number of threads allocation.

In GUI mode, JMeter UI is launched at the master machine. If the test needs to be started using specific slaves then those slaves need to be chosen from the Run menu. Follow the flow:

To start the test using all the defined hosts (slaves) in one go, click on

To execute the test in non-GUI mode, first navigate to the /bin folder of JMeter and run the following command:

The test can also be executed by selecting specific slave machines.