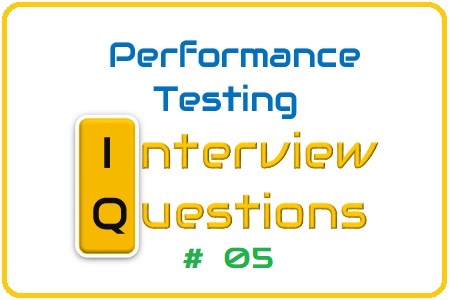 Ans: This test is performed on the existing applications before commissioning the changes. The result of such a test is called “Baseline Test Result” which is compared with the Benchmark test result (The test which is performed on updated code/application). In some cases, performance test conducted on the previous release is also considered as Baseline Test.

Ans: Load testing is to determine if an application can perform well with the heavy usage resulting from a large number of users using it concurrently. The load is increased to simulates the peak load that the servers are going to take during maximum usage periods.

Ans: It is one type of performance test where the testing is conducted to evaluate the behaviour of the system when a significant workload is given for a longer duration such as 6 hours or 10 hours.

Ans: It is also a type of performance testing that is performed to analyze the behaviour of the system when the load is increased substantially.

Q. 25 What is the general criteria of load for different types of performance test?

Ans: The generic load for the performance tests are: