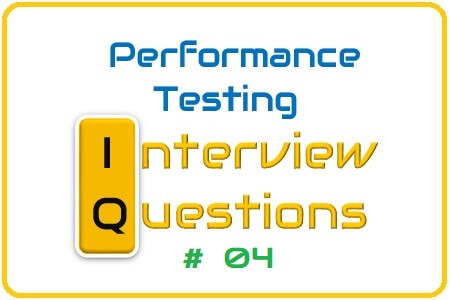 Q. 16 What is the performance testing approach for a new application has no NFR?

Ans: If a new application has no NFR then step-up load approach can be applied. In this approach, a load test starts with a low volume and increases the load gradually. Note down the reading of metrics like response time, throughput etc. at each load level. In the end, you will have the results at various load and one break-point of the application. It is also possible to run more than 1 step-up tests to find the break-point of the system.

Q. 17 What are the simultaneous user?

Ans: When all the users wait at the point and then hit the server at the same point of time without any delay. Such type of users is called simultaneous users.

Q. 18 What is the use of simultaneous users?

Q. 19 What are the concurrent users?

Ans: Concurrent users are those users which all are active in the system at a point in time but can do different tasks. You can simply say that they are parallel active users performing different activities on an application.

Q. 20 What is the use of concurrent users?

Ans: Concurrent users simulate the real-world scenario in the testing environment. There are very few moments when active users simultaneously hit the same functionality of the application else they remain concurrent.

Example: Behavior of the bank customers on the baking website