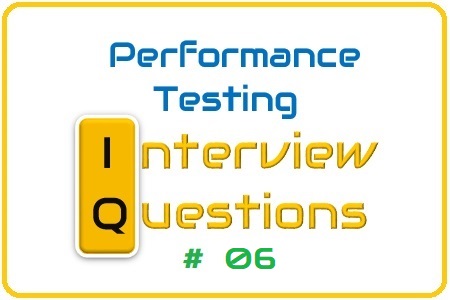 Ans: A protocol is a set of defined rules for information transmission between 2 or more systems. Basically, LoadRunner uses protocol term to differentiate the technology used for developing the application. For Example, A normal website which is developed in Java can be scripted using Web HTTP/HTML protocol. The selection of protocol depends on the architecture of the application and that should be known to a performance tester before starting the scripting. The application architect can provide accurate information in this regard.

Q. 27 What are the high-level criteria to conduct the performance testing of an application?

Ans: The common criteria to consider the application in performance testing is:

Q. 29 Do you know any profiling tool?

Ans: Some of the profiling tools are:

Q.30 Do you know any agentless server monitoring tool?