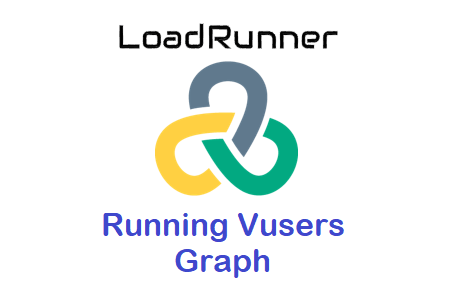 LoadRunner Running Vusers graph provides the complete information of how many users are active or running at any particular time of the test. It means this graph provides information about the number of users currently accessing the application. This is a simple but very important graph. I am saying it ‘simple’ because you can easily read this graph if you have basic knowledge of reading a graph. Now, why I am saying this is an important graph because this graph is merged with many other graphs like error per second, throughput, latency, response time graph etc. to identify the bottleneck.

Refer to the below figure. Here you can check at what point of time how many virtual users are active.

Merging of ‘Running Vuser Graph’ with other graphs: