Specifically, it’s the optimisation of printed circuit boards that comes to mind. The basic description of a PCB is that it is a small board that “mechanically supports and electronically connects” electrical components using a variety of features attached and seared into the surface. Most of us know these as the little green chips that are housed in our personal electronics, and the broader truth is that they exist in and drive the performance of virtually all electronics. They also happen to be clear examples of hardware products that are optimised via testing mechanisms in software.

In part, this is a description of how modern PCB design works generally. That is to say, it is done in software programs that help to guide designers and engineers through processes, so much so that the steps aren’t left out and complete, functional PCBs are produced. However, there are also tests and calculators specifically built into the process to assess PCB impedance, which in practical terms refers to the viability and reliability of sustained connections on the board.

Today’s PCBs operate almost exclusively at high frequencies, which can lead to uncertainties regarding impedance and by extension performance. For this reason, PCB stack-up impedance calculators are now used in real-time during the design process, to ensure controlled impedance as changes are made. These calculators are effectively software tools that test impedance between new connections and features, alert designers to problems, and essentially help to optimise final products.

To those who aren’t familiar with PCBs or electrical engineering in general this may seem to be an obscure example. But the fact is that if you consider your day-to-day electronics use, or even flip through the most popular electronic gadgets of the day, you’re almost exclusively considering products that rely on perfectly designed circuit boards. The impact of optimised design in this category is profound and worldwide.

The process of bringing about that optimised design, as it turns out, is not all that unlike testing out and fine-tuning web applications. 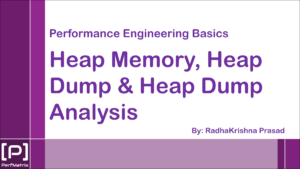