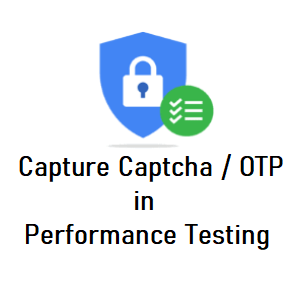 OTP i.e. one-time password, Security Questions or Captcha are the security features which protect the application from non-human threats. The non-human threat that means try to access the application through an automated script. Here, one thing to be noted JMeter, LoadRunner, NeoLoad or any other performance testing tool scripts are also an automated way to simulate the real user behaviour and generate the load on the server.

Just think, if you are able to capture or handle the captcha of an application through JMeter or LoadRunner script then is that application secured?

Hence one thing is confirmed that none of the developers builds such an unsecured application. So, how a performance tester can handle this security feature?

Actually, there are three approaches to handle the security feature in performance test script.

The conclusion is you can not capture the security code of the web application through automated script whether its a captcha or an OTP. Hence go for any of the above mentioned approach which suits your test scenario. The second approach is always preferable and better than the other two.