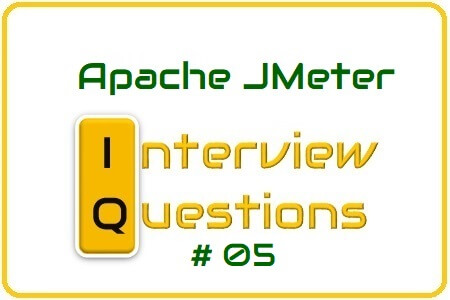 Following is the set of JMeter Interview Questions #5.

Q. 21 How to reduce the memory requirement for execution using JMeter?

Ans: In order to reduce the memory requirements following are the steps:

Q. 22 How do you record the script using Test Script  Recorder?

Ans: Below are the steps:

Q. 23 What is distributed load testing?

Ans: The generation of a huge volume of user load is not possible using the same machine. The solution is either to increase the resources of the machine or use a distributed structure. Distributed load testing is the process through which numerous systems can be used for simulating a load of a large number of users and those systems act as load generators.

Q. 24 What is the physical structure of distributed load testing?

Ans: Master-Slave. By using the master-slave configuration, JMeter can do distribute load testing.

Q. 25 How to do master-slave configuration in JMeter?

Ans: Master-Slave configuration is a part of Distributed Testing in which more than one machine is used to perform load testing of the server under test. It is very important that all machines are on the same network and all have the same version of JMeter. In distributed testing, one machine is made as to the Master and the others are kept as slaves by doing the below configurations: